In a transitional market, be more Road Runner than Coyote.

In those iconic Warner Bros cartoons, a regularly repeating theme was Wile E. Coyote chasing an infuriatingly smug Road Runner up a steep escarpment and pursuing him at full speed towards a precarious cliff edge, with a sheer drop beyond.

In his determination to catch the bird, the coyote runs right over the edge but miraculously continues running in mid-air until, some considerable time later, he suddenly realises the ground has disappeared from underneath him and, when that reality dawns, he plummets like a stone into the valley below.

This scenario puts me in mind of the residential property market in 1989/90, when the market suddenly came to a grinding halt after three years of exponential growth. Developers, desperately trying to buy land in a white-hot market were having to factor anticipated inflation into their bids to have any sort of chance to acquire sites and meet targets.

They chased deals at ever-higher values until, just like in the cartoons, the ground just disappeared from underneath them and when they eventually stopped and looked down, they were committed to prices the market couldn’t possibly sustain. The results were catastrophic.

One of my favourite things to do at developer seminars, is hand out to all the delegates a copy of the Halifax price index from 1985 up to the present day, with all the axes and scales in place, the starting index and the current index but the values for each year removed, as shown on the charts below which show the years up to 2016; 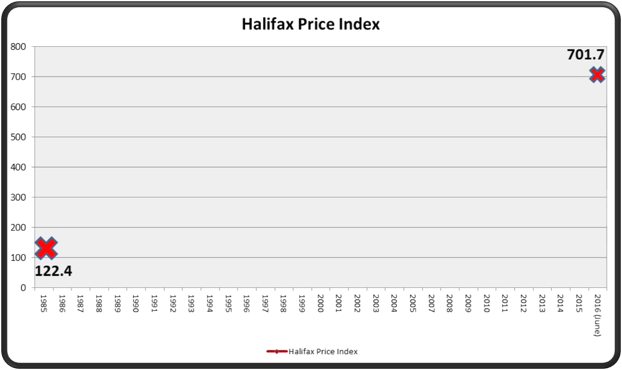 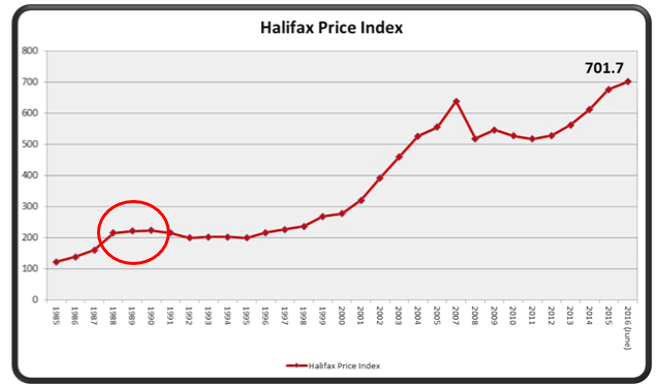 When I showed the audience the completed chart, the older delegates, those that had worked through that time, were incredulous, bordering on belligerent. They cited the period as the worst they’d ever known.

I call this my Wile E Coyote theory.

What did fall precipitously, was the rate of inflation. From 20.8% in 1989 to zero in 1990, and that’s what created the illusion. The developers charged on, pursuing sites assuming a growth rate that had averaged almost 20% per annum for the previous three years, would continue. When inflation dramatically stopped, with a full pipeline, it felt like values had crashed, but those values never really existed. It was the Coyote moment, running on fresh air until reality dawned. 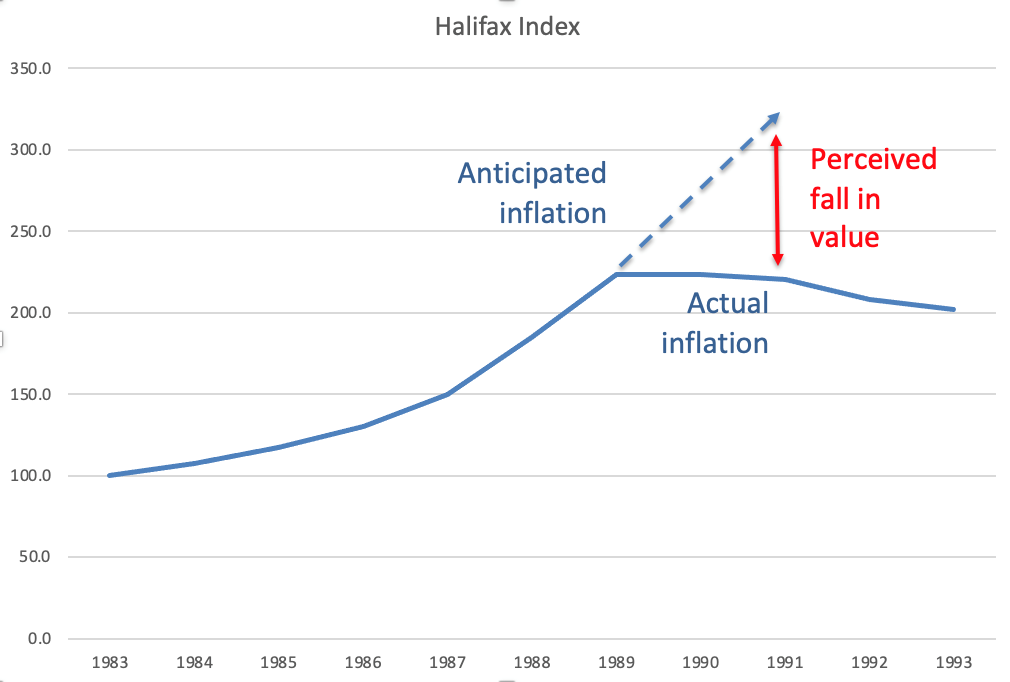 I believe we are in a transitional market right now. Almost all my preferred indicators suggest we’ve reached the peak of the unexpected bull market we’ve seen since Covid struck. While I don’t think we’re going to see a fall in the rate of inflation experienced back in 1990, I am confident the rate of inflation will slow markedly during the winter months.

Right now, the land market is ultra-competitive and bids need to be based on valuations that are optimistic at worst to stand any chance of being successful. But caution is required while chasing those crucial hard-to-get deals because the ground can disappear from under your feet faster than if you ran off the edge of the cliff. It’s time to be less Coyote and more Road Runner. Peep, peep!

Ride the market – or get a good night’s sleep?

Have the agents missed the chance to ‘find their happy’?
Scroll to top