If you aren’t already part of it, we would like to introduce you to a buzzing community of homeowners on Instagram, who post and promote their homes, styles and homely habits. Often inspired by the likes of Mrs. Hinch, we have discovered these communities are the perfect network of micro influencers for any housebuilder. Their influence and genuine love of their home far outweighs any big budget influencer; they are there to be empowered with a little love from their favourite housebuilder.

Millennials (born between 1981 and 1996) have become consumers in a social world, with products recommended by friends and influencers, and algorithm-personalised content for everything from social media to Netflix. Within these customised, digital worlds the buyer journey has transformed to include investigating a company’s social accounts, reading reviews and searching hashtags for unfiltered opinions from other purchasers. This is something that no brand can avoid and, rather than fighting it, this honesty should be embraced.

Celebrating life milestones on social media is just routine for many, and for new homeowners, setting up an account for your home is a no brainer.

One of the biggest communities we are working with are the Bloor homeowners, a group of purchasers who have independently documented their journey through their social channels with content from meetings, house viewings, showhome tours, completion, moving in, and finally, how they made their house a home. They have found each other on the platform and now work together to co-promote each of the accounts and support each other on their homeowner journeys.

The members of the community interact with each other, bonding over the buying and moving process, as well as being happy to give tips on dilemmas like flooring or kitchen selection. Very few understand the intricacies of moving into a new build home better than someone who already has, an opinion that is warmly shared through the community.

On a few occasions some of our owners have discovered they are not only friends on ‘the gram’, but also neighbours in the real world. As new sites are launched, rather than sterile sales messages, we are able to share stories of owners who are reserving on the site. This live and timely content often connects future neighbours on the same developments, digitally and before they have even moved in. We are kick starting the communities via Instagram as the homes are being built.

The online community for any housebuilder should never be underestimated or ignored – they bring energy, creativity and a vision. They help potential buyers to see what they could have if they owned a similar home, and the stories – both lifestyle and family – that could unfold in this new home.

What is happening with new build homeowners on Instagram?

Communities of new build homeowners are forming on Instagram, creating opportunities for housebuilders to collaborate on content, and add a personal and reassuring touch to the whole buying process.

We have nurtured relationships with many of our Instagram-savvy homeowners, creating content with them and promoting their journey.

Last Christmas we ran a competition to find out more about the most exciting memories and opportunities their new homes have revealed. With unexpectedly heart-warming stories, including one family who delivered their son in the master bedroom just a few weeks after moving in. 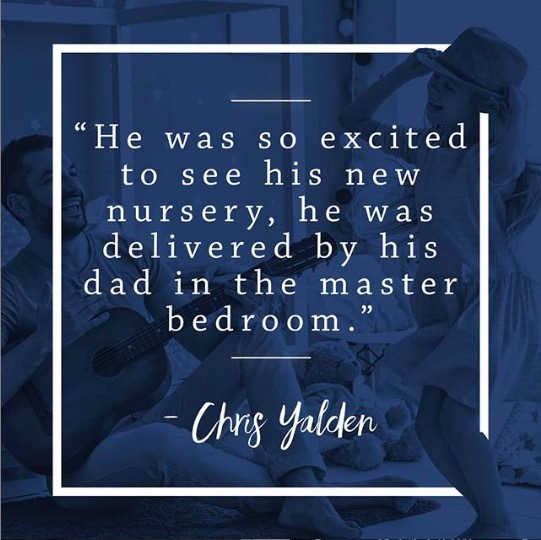 The response to this within our community was phenomenal, generating a shift in content towards the people, the stories and the inspiration. This community is self-sustaining, with content being generated and shared by hundreds of accounts daily.

Why should the housebuilder care?

We believe word of mouth to be one of the most powerful marketing tools for selling houses; it is something that can’t be faked, and has the ability to influence a housebuyer’s decision. By engaging with homeowners, empowering them to be part of the brand journey by telling their story, and encouraging content creation, we work with the community to develop a more relatable story and create a less intimidating and much more exciting purchaser journey.

The more someone talks about their home, the more friends and family who trust them will be absorbing their journey and becoming familiar with the brand and the positive impact it has had on their life as a whole.

These communities can help to deliver the following –

How to engage your community

Search your brand hashtag to find out where your community are hanging out online for example. Most of the homeowners we engage with use #BloorHomes to tag their social media posts.

You can also find them in pictures they have tagged of you – make sure you are checking the tagged images featured on your own page for recent posts.

Once you have found them it is time to start engaging, like their posts, comment on images they have tagged the brand in, repost their tagged stories and involve them in the content using interactive Instagram stories and sharing their posts to your page. Allow the brand to become part of the community too and it will thrive as one.

If you need any help with igniting your online community, please speak to our Social team.

Where next for beleaguered Rightmove?
Scroll to top