Forget Star Wars – all eyes were on the ABP film

All eyes on the new ABP film

Here at Aylesworth Fleming, we have been working with ABP as their appointed creative agency since the beginning of 2015 on some really exciting projects but none more so than the ‘big brother’ of our initial teaser film.

The brief was to produce a film which would give the true passion and meaning behind this epic new business district that ABP are creating in the East of London at Royal Albert Dock, the likes of which have never been seen in the UK before.

ABP will revitalise this 35-acre estate, a once celebrated dockland site by creating a business district combining commercial, residential, retail and leisure, and bringing three historic listed buildings back to life. This feeling of new life and global opportunity being ‘born’ in London was the key message to communicate in this film.

With Pete Hardy our Creative Director spearheading this project, we worked tirelessly with a fantastic team, in order to bring his vision we had on paper and in our minds alive and onto the screen!

On Wednesday evening we were delighted to attend the ABP Christmas Party held at the prestigious venue, One Whitehall Place. We were there celebrating a truly successful year for ABP amongst key stakeholders, business partners, ambassadors and the ABP team including ABP Chairman, Xu Weiping.

Although we had watched the ABP film numerous times, throughout the shoot, editing and at the final handover to our client, (all be it the latter with baited breath!), it was quite something to see it being shown to these guests and experiencing their reactions first hand.  We aren’t the sort who needs a pat on the back, but to see that our message had been received and understood by these guests was very humbling indeed.

We are all often guilty of not shouting about and recognizing our successes but hey, with this project…we will! This film is a turning point for Aylesworth Fleming, showing our capabilities as an agency and what can be achieved by our dedicated team.

Here’s to Aylesworth Fleming entering into 2016 on a high and eager to see what this year has in store for us! 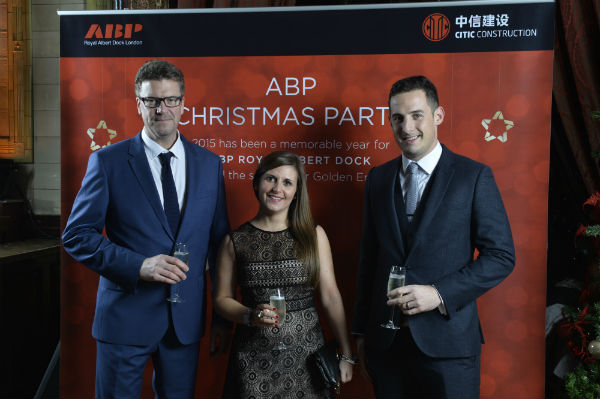 Reaction to the changes in Stamp Duty