Do you know what’s better than a Friday? One that’s spent out of the office! And that’s exactly how the Bournemouth, London and Leicester teams from Aylesworth Fleming UK and OLIVER South Coast spent Friday 23 June. 83 of us took part in a somewhat moist challenge at the local New Forest Water Park, which marked the final chunk of a month-long build up to our Agency Day. The theme? ‘Rocket People’, appropriately named as a nod to our agencies creatively fuelled and explosive excellence.

Was it for fun? Was it for charity? Was it to bring us all together for a bit of teamwork and a bit of a social? Yes. All of these. And, if we’re honest, for some serious bragging rights come Monday morning…

We’re all Friends here… aren’t we? 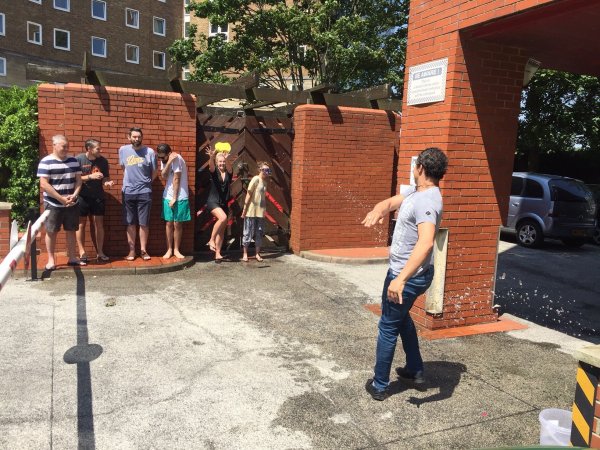 We like to think of each other as friends at AF and OLIVER. So when the Rocket People organisers told each of the eight teams that we’d have to think of inventive ways to raise funds for the Friends of Kianjai Kenya charity, there was a bit of head-scratching. What would we do? Go and shake tins in the high street? Sponsor someone to spend a day in a bath of beans? No. We needed to be more inventive. And we discovered that we’re a pretty clever bunch. A silent auction was held, and a raffle (both with some amazing prizes). There was food and drink for sale, including smoothies, cakes, cookies and ice creams. Oh, and a chance to absolutely drench members of one team with sponges and water balloons. Don’t you just love summer?

Why were we raising money? Because it would all be used to support children in Kenya with schooling, food and a roof over their heads for a year. And it costs £120 per year to support one child. Yeah that’s right; £120. Not a lot for something so vital is it?

But you know what none of us took into account? Just how savagely competitive we all were. There were price wars. And ice cream wars. Even sneaky emails promoting events. However, we remembered three things; we all liked each other really, it was for the kids, and as Rocket People, this is the kind of caper you would expect. 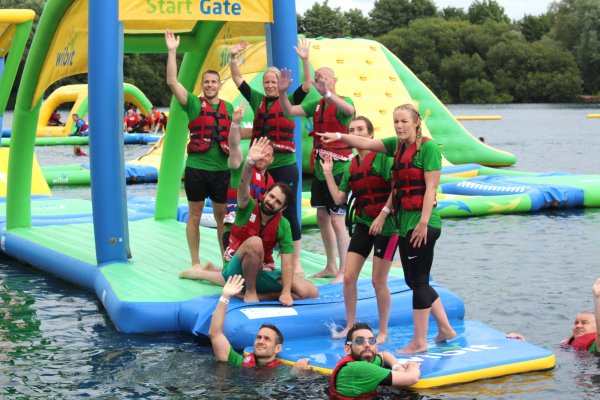 We knew the challenge involved water, but only management were in the know, so the rest of us considered what it might be. Raft building? Canoeing? A party boat? Sadly, no. Loaded up on a coach with our kits (‘Take something to change into, and bring a towel!’ they said), we were on our way. Anyone driving was given a postcode for their sat navs. And all none the wiser until we saw a sign that read ‘NEW FOREST WATER PARK’ on the side of the road. We had arrived. We gathered in our teams, took some photos, and waited for a briefing session. The final challenge? A race over a massive inflatable assault course. This definitely wasn’t a party boat…

Life jackets – and, for anyone hoping to look serious about it, wetsuits – on, we were off. Scrambling our way over icebergs, sliding through tunnels and hauling anyone out of the water who happened to slide into it. For a whole hour. And it was brilliant. We had left the safety of the briefing room curious and apprehensive, and returned 60 minutes later wet, tired, but stupidly pleased with ourselves that we’d taken on the inflatables and won. Mostly. And the winners? The Rock-It Team! Just look how happy they are! 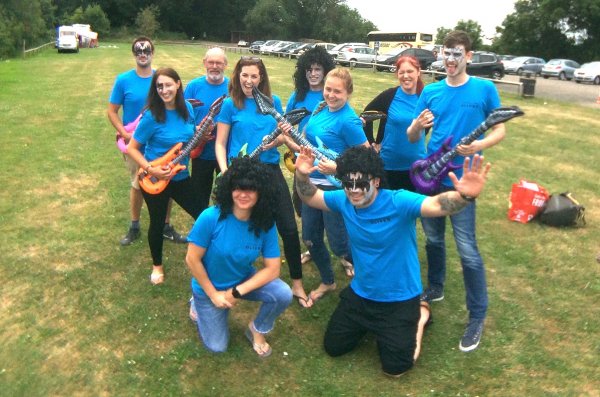 The numbers are in…

Remember the earlier point about it being all about the kids? And how it’s just £120 a year to support one child in Kenya? Each team might have known how much they had managed to raise, but not as a whole collective. But now the pounds and pennies have been counted. The final total? A huge £3,200! Which means 26 children get to experience life that little bit easier for a whole year. How amazing is that? We think it’s an astronomical achievement!

So, we fundraised, we got soaking wet, and we managed to change the lives of 26 youngsters. From all the fun and games we’ve had over the last few weeks, we’ve learnt that in amongst all the briefings and all the timesheets, we’re super proud of each other and our agency for doing what we did for Friends of Kianjai Kenya. A huge thank you to the organisers, to those who took part, and everyone who put their hands in their pockets to give us their money, and a big congratulations to the Rock-It Team winners too. 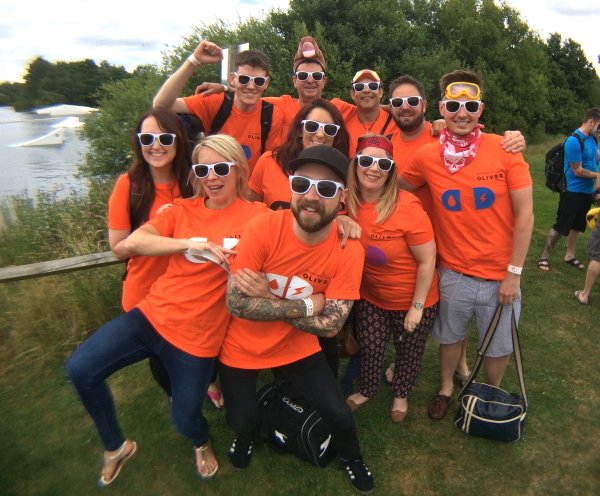 Property predictions for 2016 – the results are in

What will the UK Housing Market do in 2016?
Scroll to top